Social life is a crucial part of our college experience. Over the past year it has changed dramatically, following the investigations of fraternities on hazing practices. Thus, the Tufts Trends team this year decided to take a closer look at social life patterns on-campus and how they have changed in the past year.

Since social life refers to a broad range of activities involving some degree of interpersonal interactions, we had a hard time drawing a clear border defining social life. To narrow the problem down, we examined eight types of social events, including Greek parties, athletic team parties, theme house parties, off-campus, non-sports parties, dorm parties, off-campus party that’s not with a club or frat, parties at different schools and pub nights, that we thought are representative, covering most kinds of social activities in college.Using the alcohol and drug awareness survey conducted by Tufts, we constructed our own survey to collect information on frequencies of participation in different social events, activities during social events (including alcohol and drug use), and demographic information, which may be correlated with different social life patterns. The survey was released and distributed mainly through Facebook groups of different classes, and received 189 valid responses from all enrolled class years, which was a small sample size compared to the size of entire undergraduate student body, around 5290 students, but enough a size to get a sense of the general social life environment on-campus. With 89% respondents from the School of Arts and Sciences and 11% from the School of Engineering, the sample is roughly representative of the entire student body. 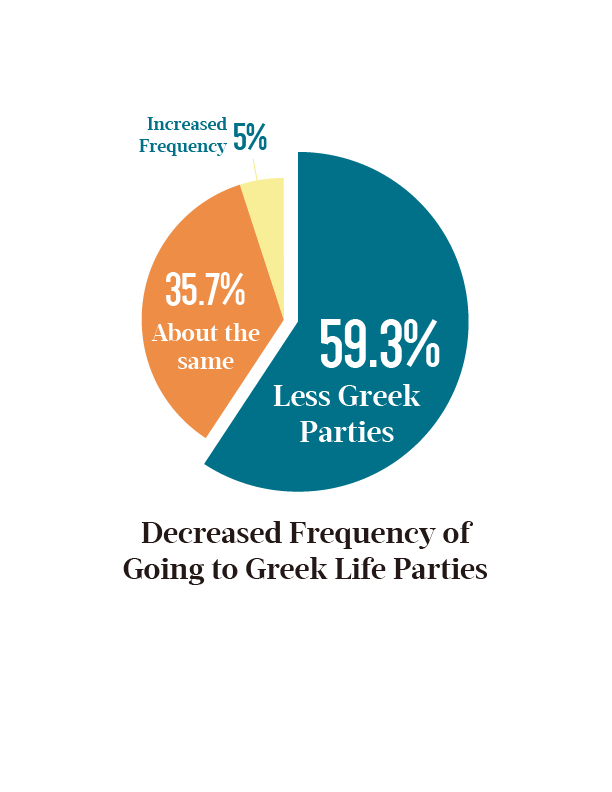 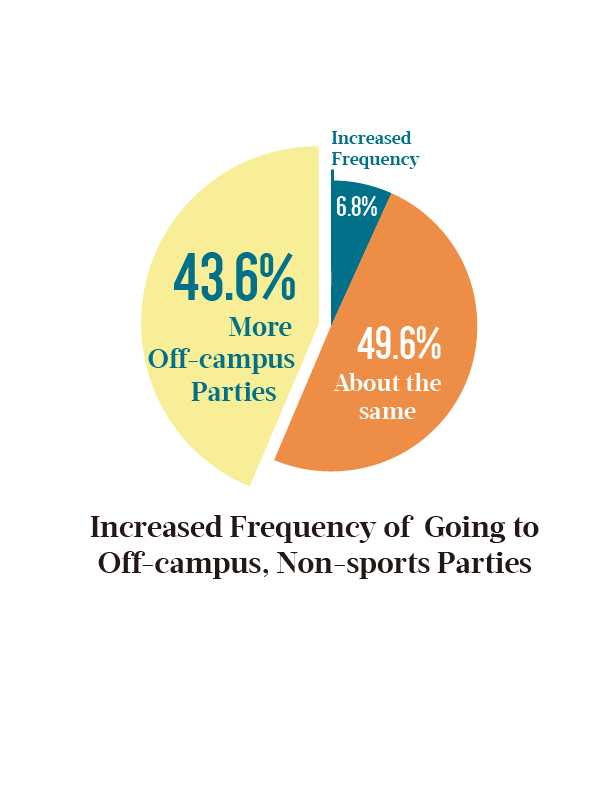 Among 189 valid responses we received, 124 reported some level of participation in Greek life social events, while 59.3% of them also indicated declined frequencies of participating in Greek life parties, compared to only 5% who indicated increased frequencies. The result wasn’t surprising, as the majority of Greek life social events were suspended due to the ongoing investigation of hazing activities. On the other hand, we spotted increases in attendance of off-campus parties: 43.6% of respondents said they had attended more off-campus, non-sports parties than they did last year.

Not only did the frequency of attending Greek life parties decrease, but the frequency of attending other types of on-campus social events like dorm parties also decreased. So, is social life dead at Tufts? The ultimate cause is unclear. However, the data suggests that various other types of off-campus social events, like off-campus parties and pub or club nights, have thrived. 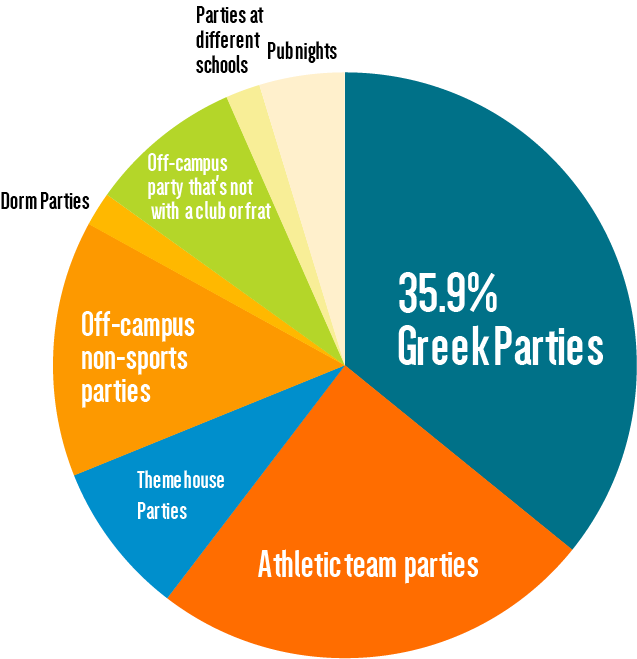 Are people sick of Greek life parties now? Not really! Out of respondents who expressed considerable commitment to social events by choosing “attend whenever it is happening”, 35.9% still favor greek parties, the top social event choice of 8 different social activities choices we mentioned in the survey.We also asked survey respondents for their general comments on social life. The comments expressed very mixed feelings about greek life at Tufts, which is under investigation with an uncertain future. Some expressed their concerns about safety of its substitutes, off-campus parties:

“As much as the critique of Greek life is valid and important, the off-campus party scene at athletic houses is just as dangerous if not more so. Completely unregulated and without any accountability. off-campus parties can also be unsafe environments, and both Medford and Somerville police are doing everything possible to stop these parties from happening. It cannot continue like this because the drinking culture seems pretty unsafe and undercover and exclusive.”

Others celebrated the new social pattern:

“I am glad that Greek Life has been shut down and I hope it stays that way. I would have had a much happier, healthier first year at Tufts if frat parties had not been the default social option for first years. My life is significantly better now that I enjoy myself with trusted friends at safe parties rather than going to these upsetting frat events.”

As evidenced by our survey results and the word clouds below, by far the most used drug (besides alcohol) is marijuana. 98% of those who have tried drugs have tried marijuana. Our results were broken down by major, and only those majors with three or more responses were counted. 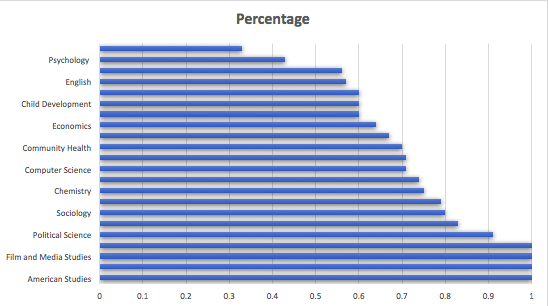 Also, if you’re wondering if marijuana can boost your GPA — the answer is… maybe? The average GPA of marijuana users is 3.67, as compared to only 3.55 for non-users.Our results also have shown that the class that has tried marijuana by the highest percentage is class of 2017, with 78% of them have tried it, while generally only 64% of respondents in the other three class years have tried marijuana. The reasoning behind the data is unclear. Has the senior class simply had more time and freedom explore drug use than other classes? Or, it could be that senior year itself is a factor that leads to more use of drugs, either because of increased frequencies of off-campus social events and pub nights after people turning 21 and/or moving off-campus, or because of approaching stress from the real world. It would require further research before we can draw any definitive conclusions. 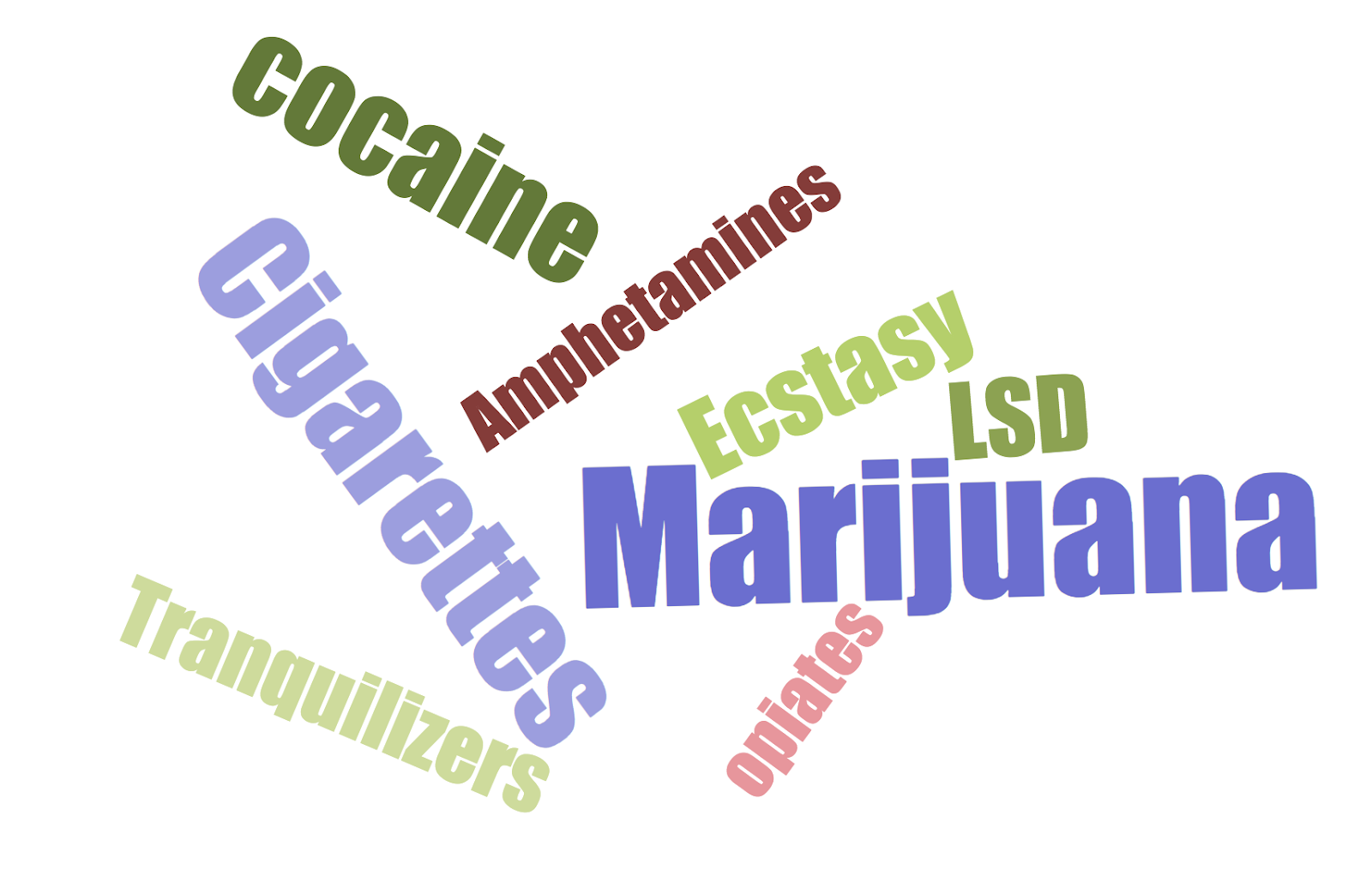 Self-reported drug use by students in Greek life, size proportional to number of respondents 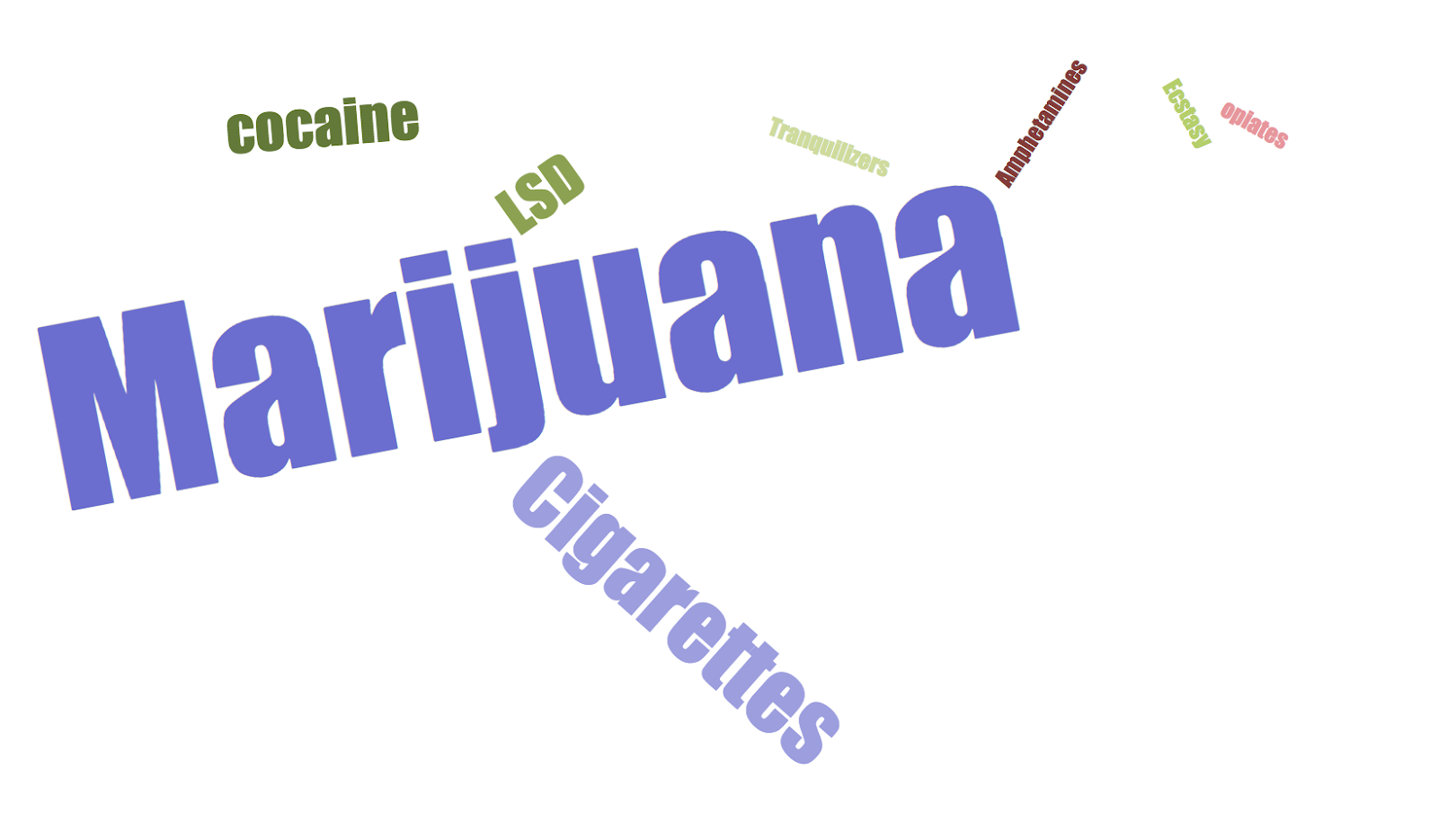 Self-reported drug use by students who have dropped from Greek life, size proportional to number of respondents 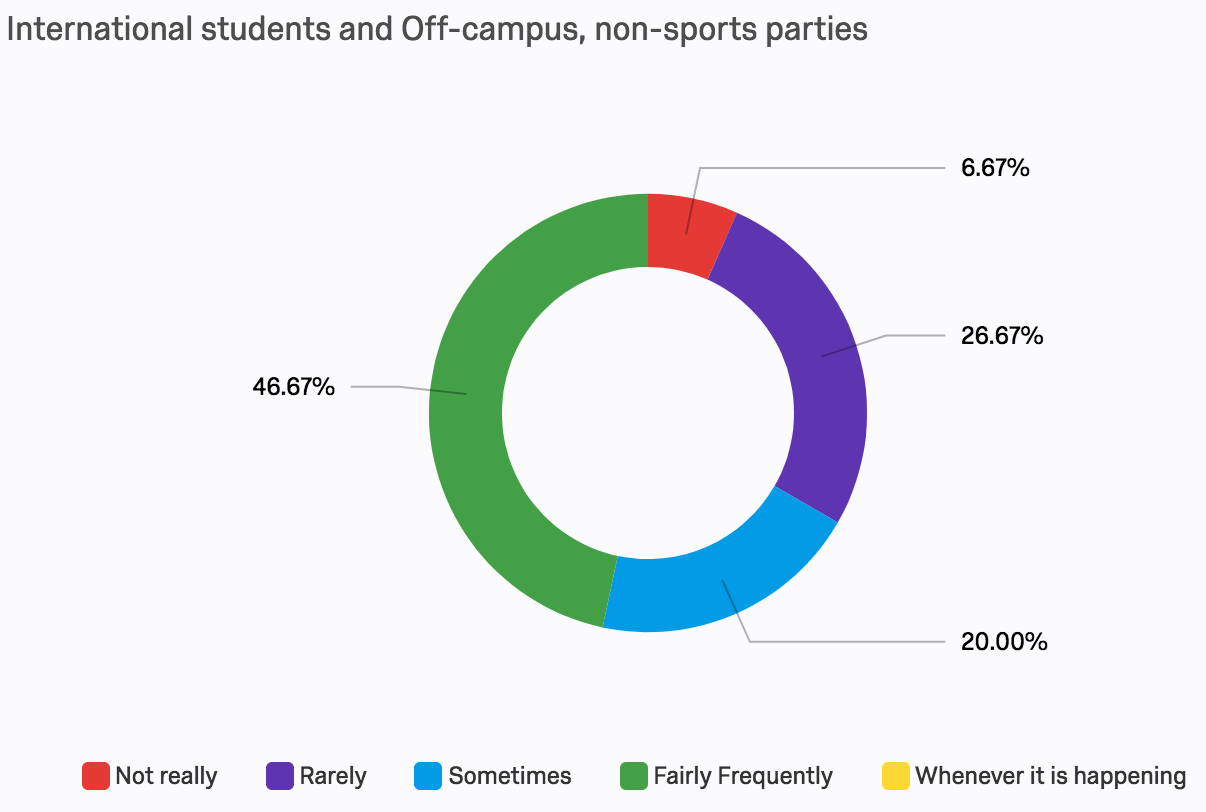 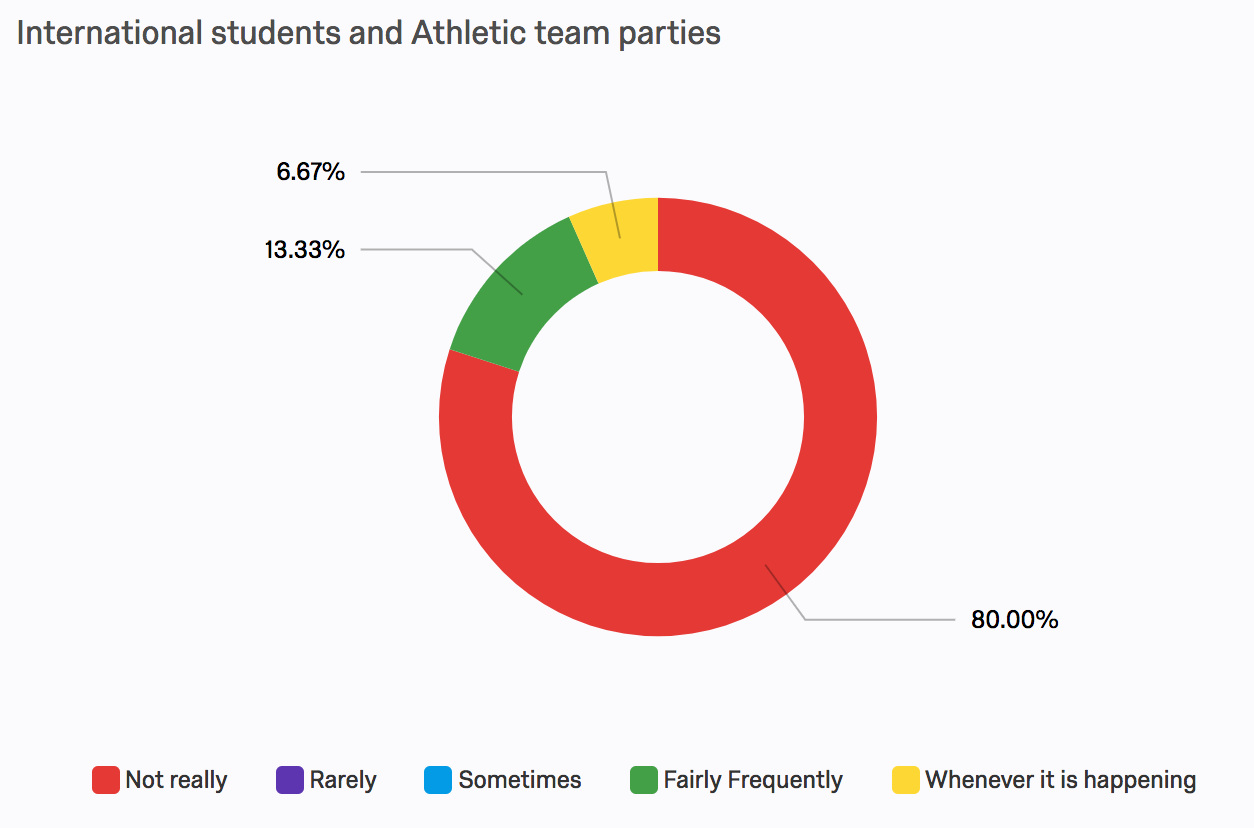 The likelihood of international students willing to attend off-campus, non-sports parties is much higher as shown in the graph above and on the left, compared to athletic team parties they are not really interested in attending. 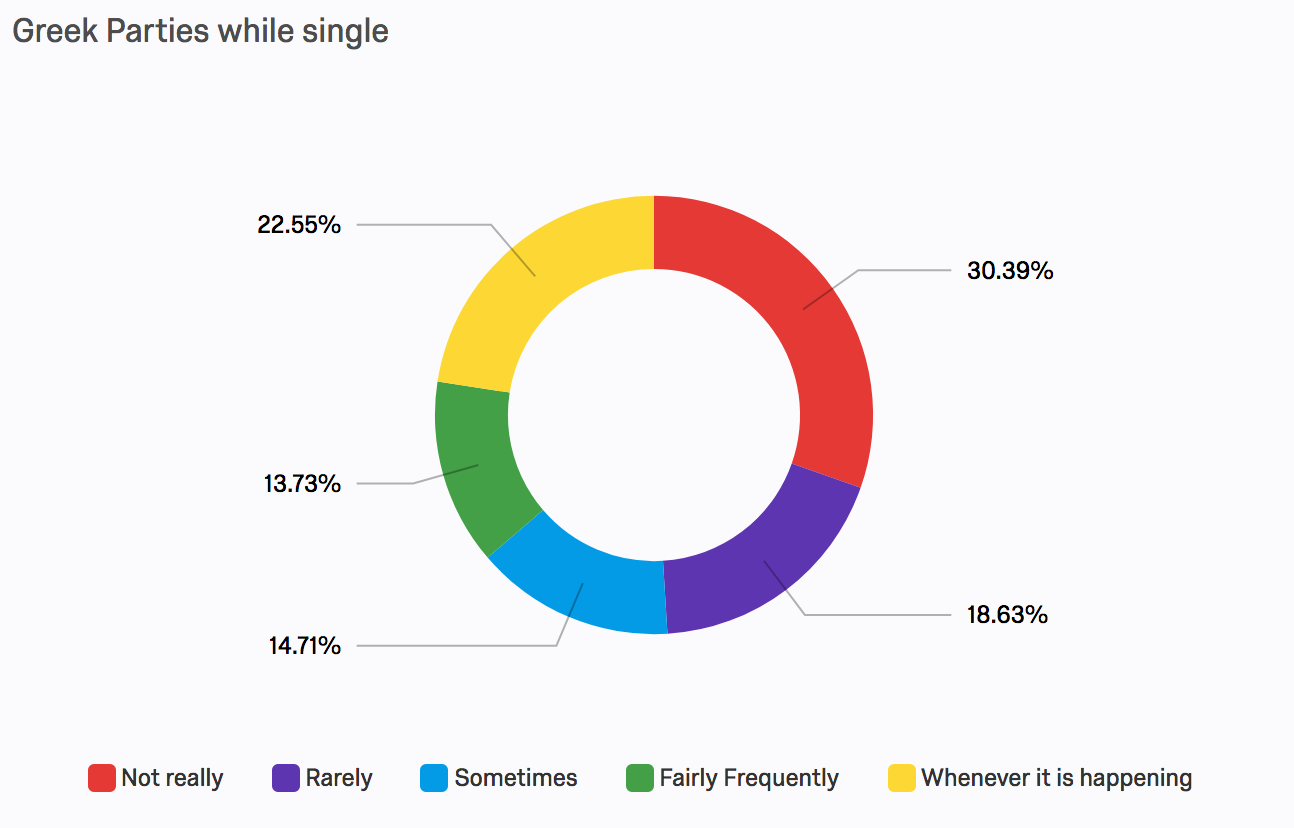 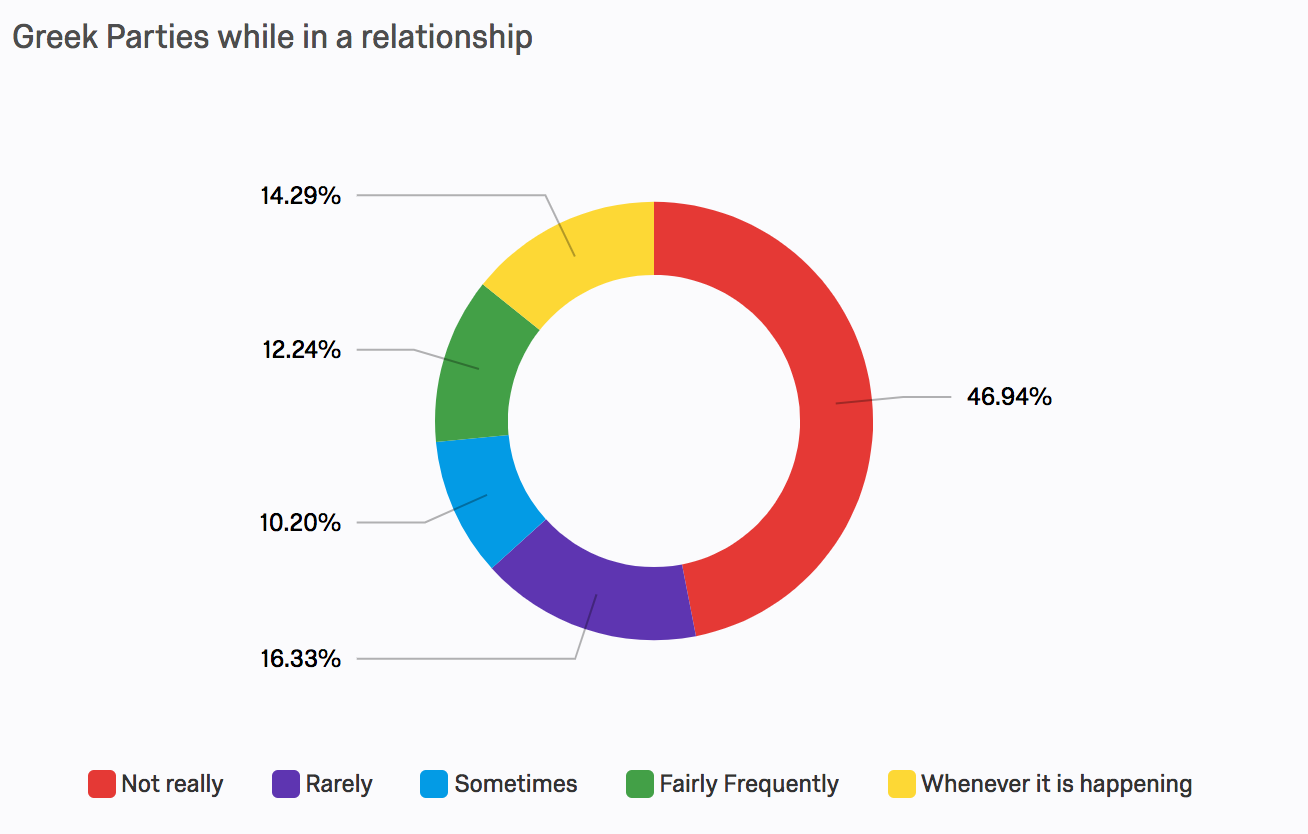 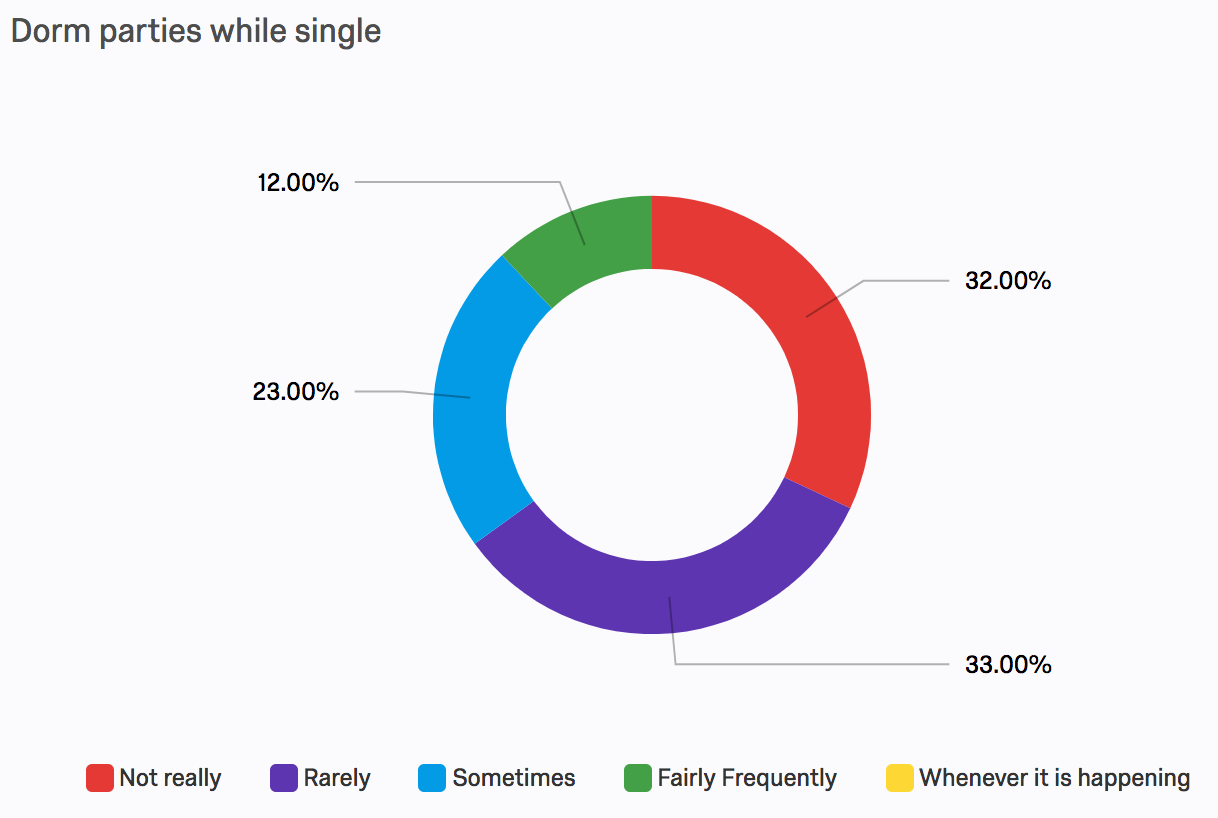 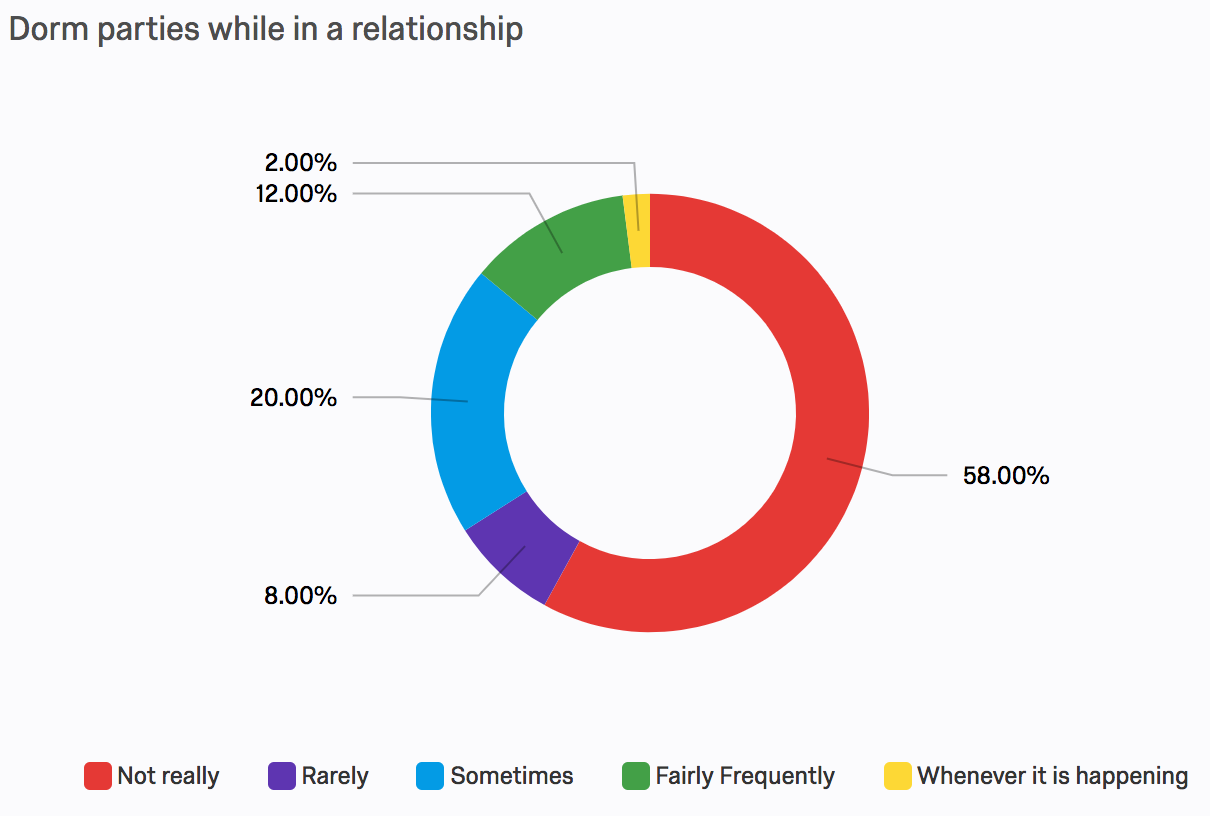 Additionally, we acknowledge that this survey was imperfect and could reflect inaccurate results due to small sample size, and the skewed sample structure towards underclassmen respondents. Moreover, we need further investigation to determine the causes of some of these interesting correlations presented in the article. However, we hope this article provides some insights for people curious about current social life environment at Tufts. We are also open to comments and suggestions of all kinds.