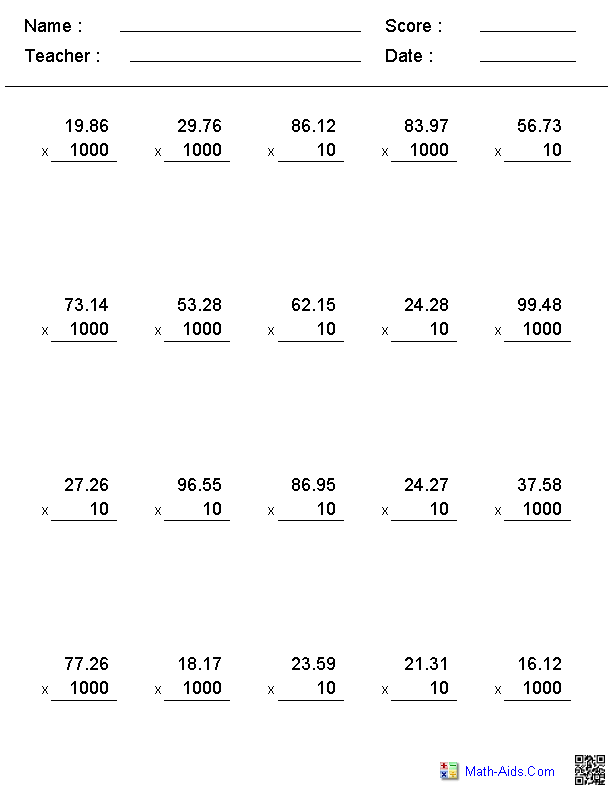 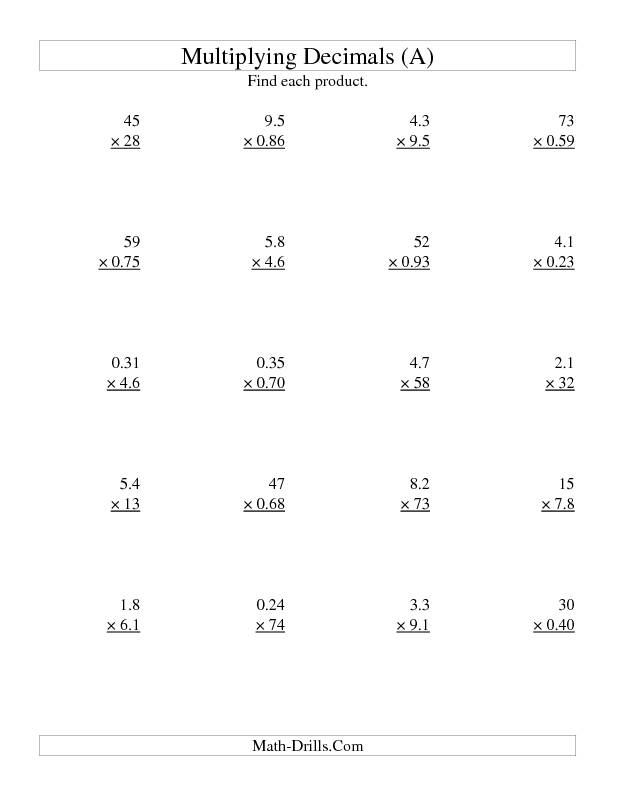 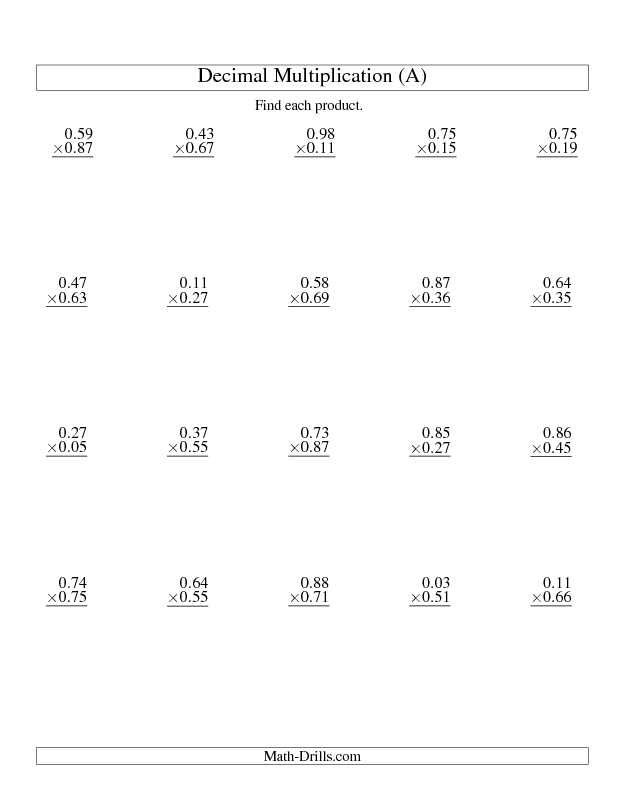 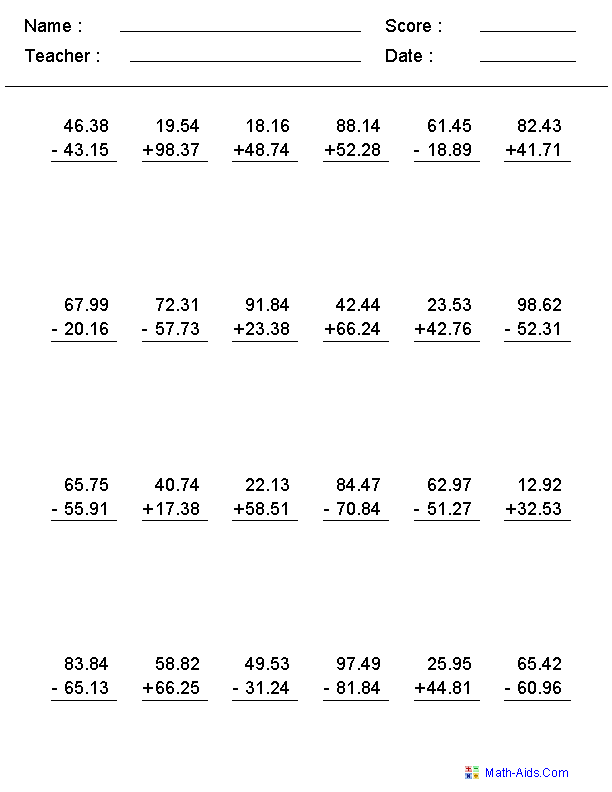 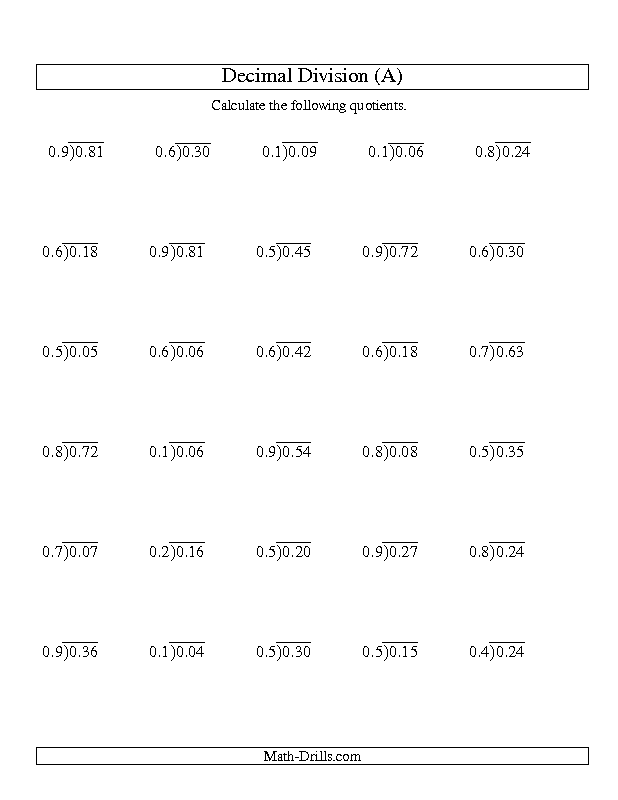 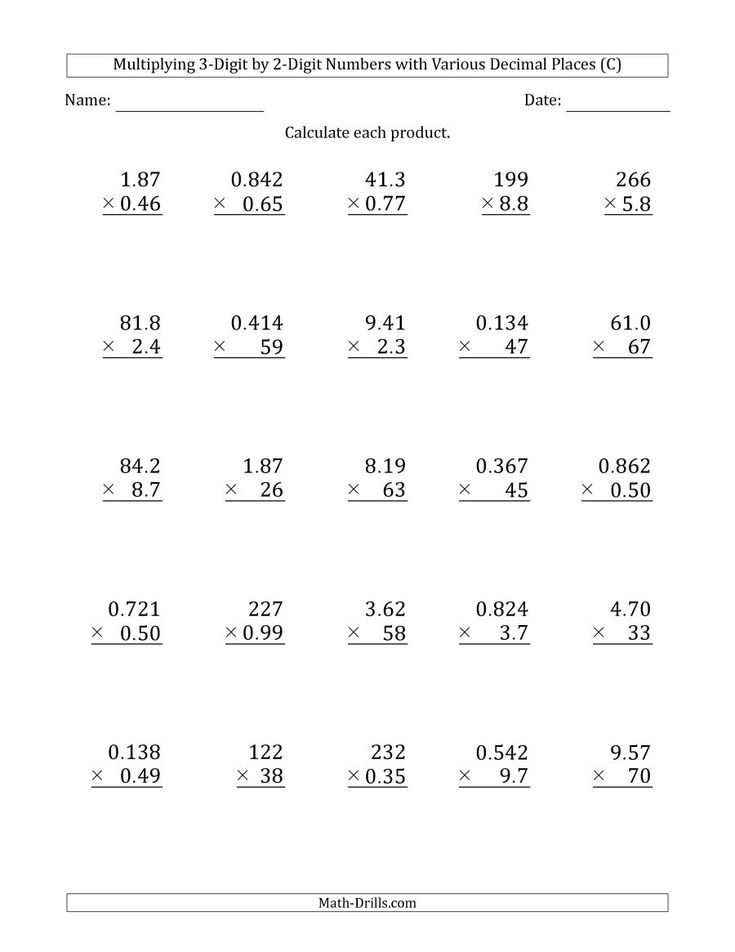 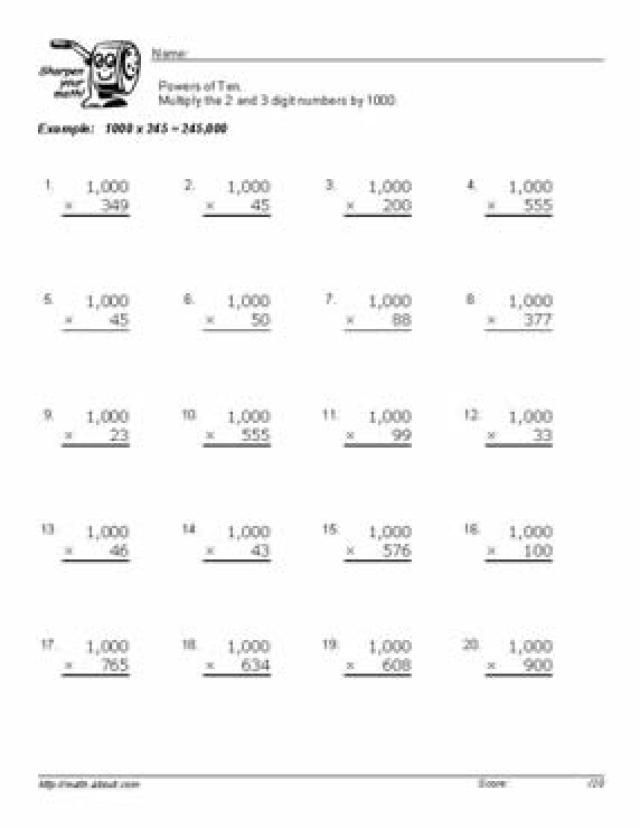 This worksheet has 10 vertical problems and 2 word problems that students can solve to practice multiplying decimals by single digit numbers. 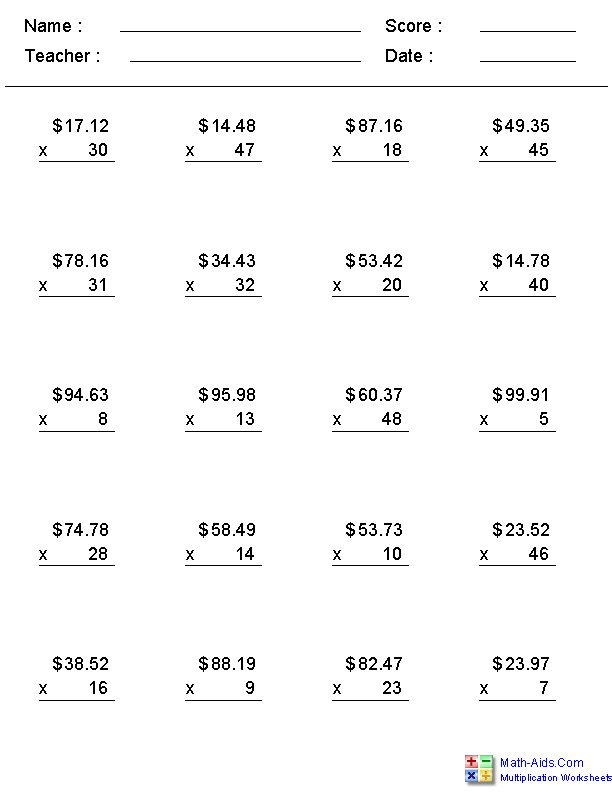 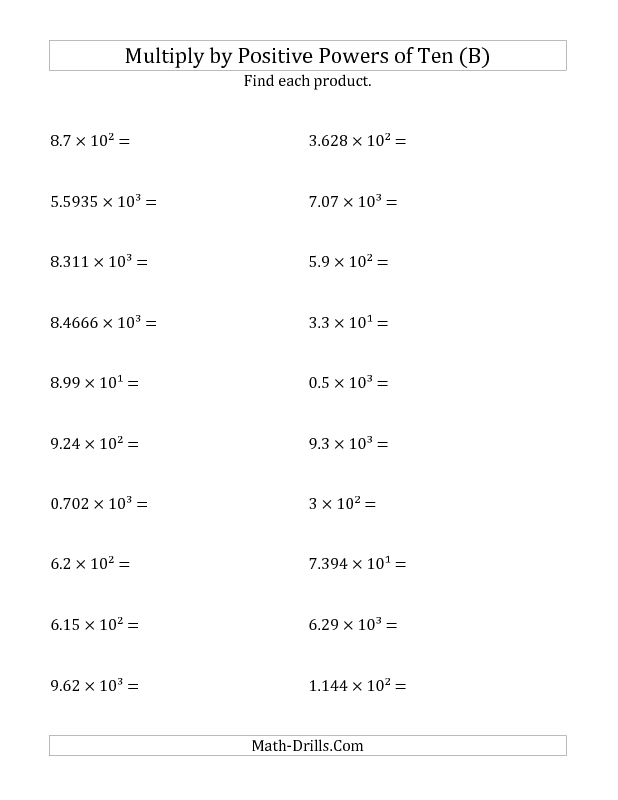 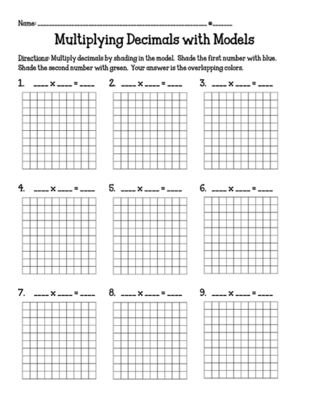 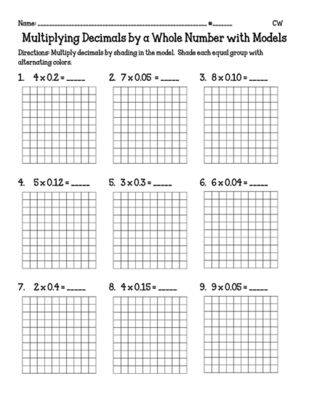 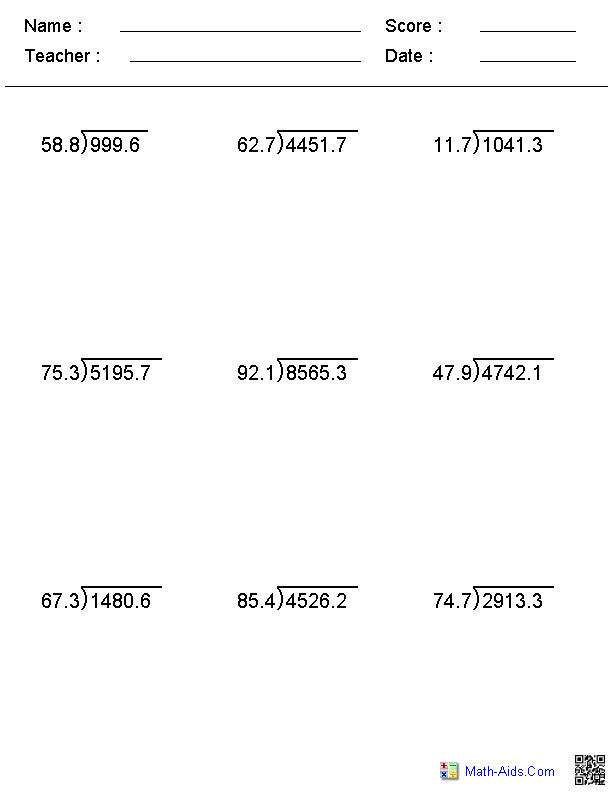 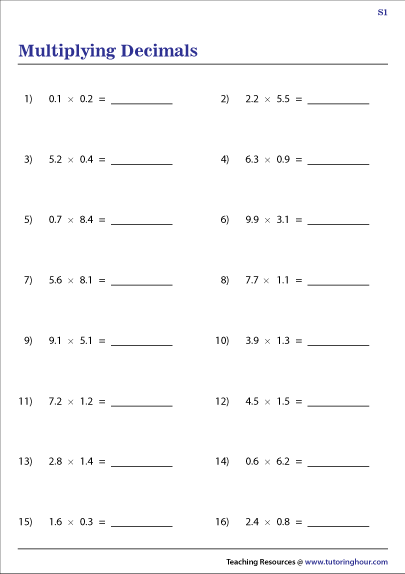 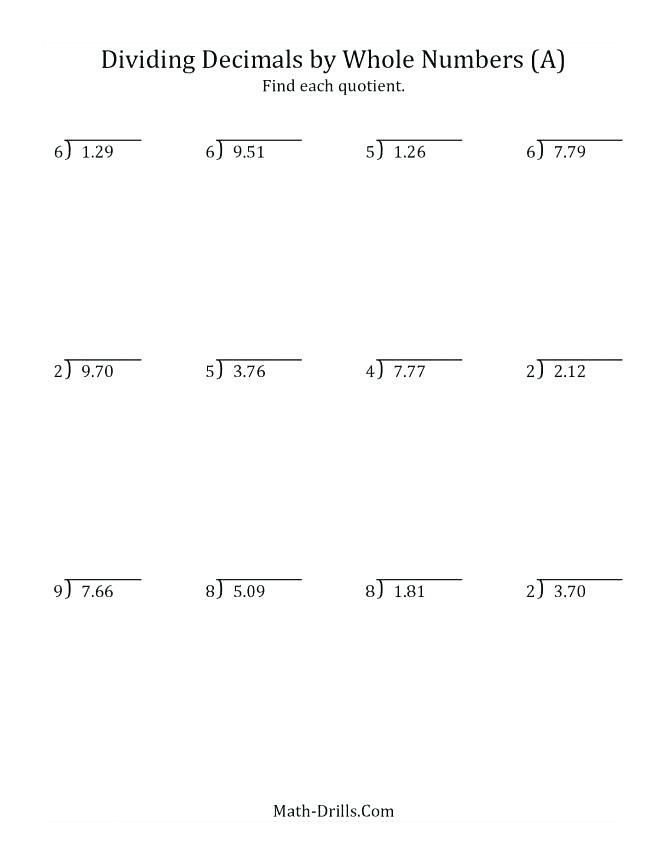 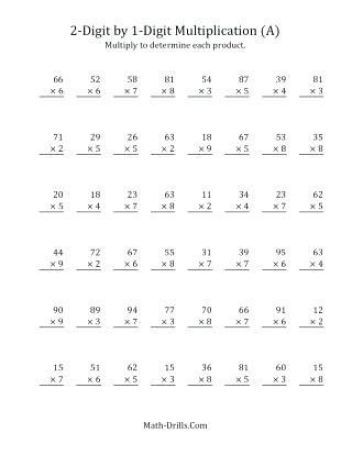 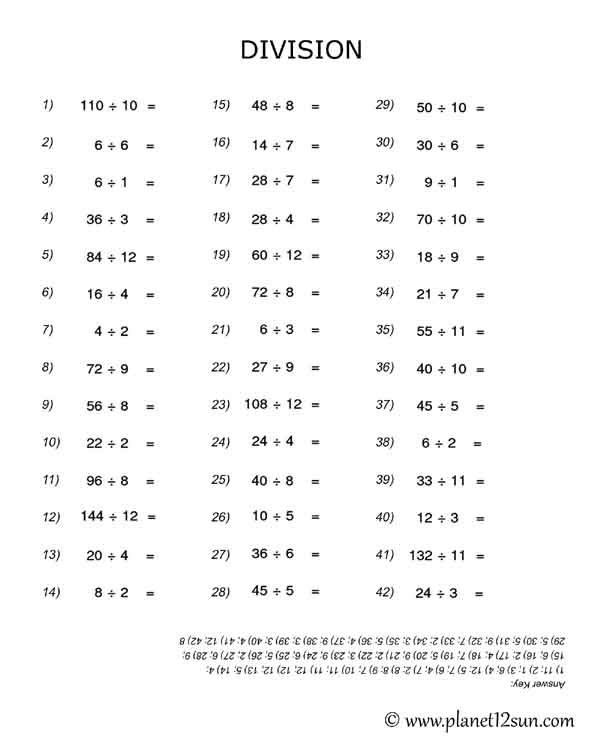 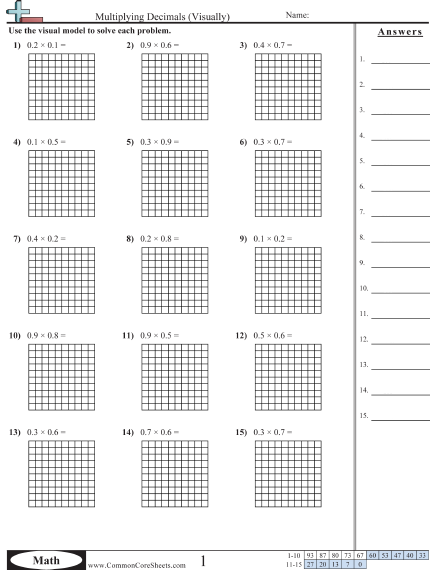 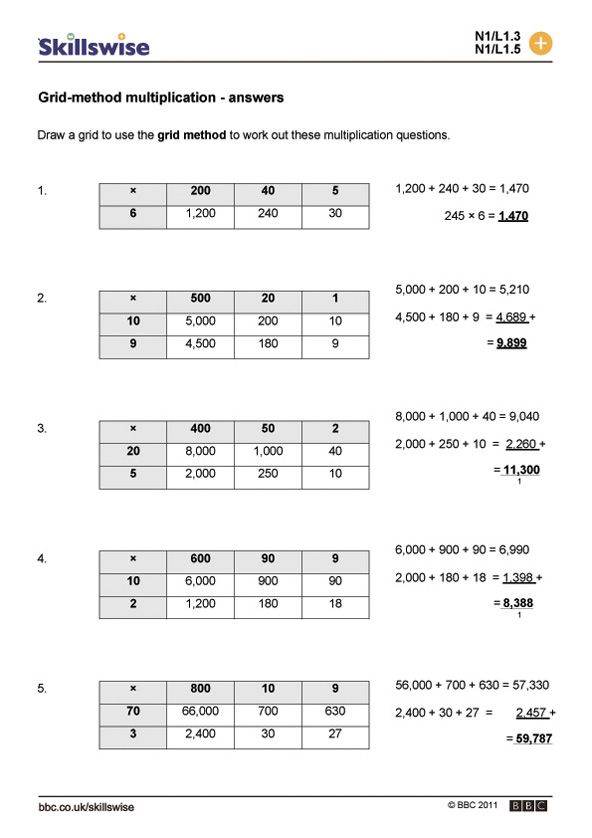 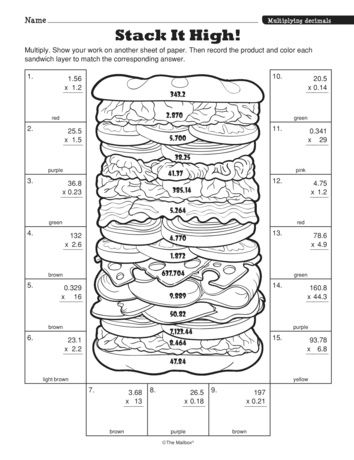 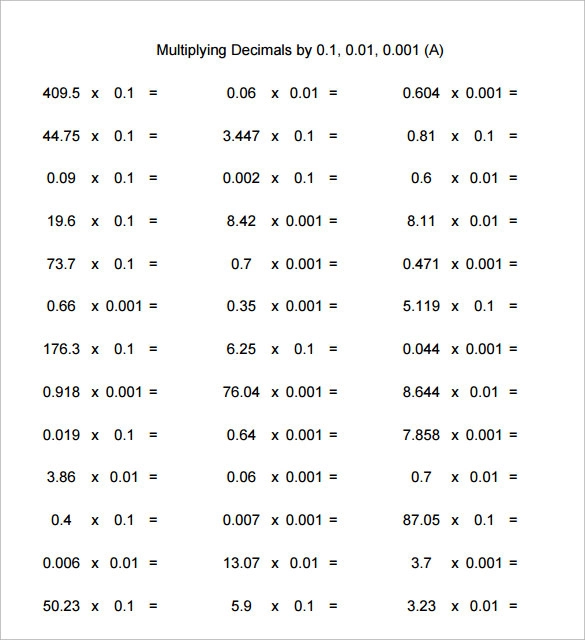